publicare.ursula-cum-clavatore.de
If you don`t want to listen, find out the hard way.

The Diseases in our Age increase more and more with no End in sight! 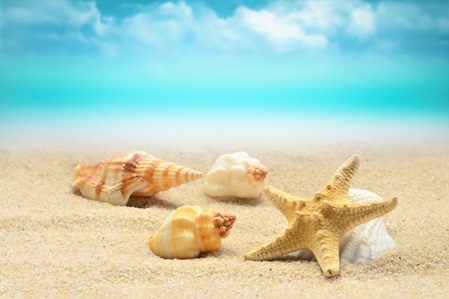 Vegan Food as a Transitional Solution

Please, let that German language  letter be translated into many languages and be  handed over to all of your Ambassadors and Ambassadresses worldwide.

With great interest I have read your brochure VEGAN and astonishingly have found, that many statements and some insights are in agreement with my letters and my homepages.

I am extremely interested in the cycle of life, which includes every person, and every living being, and therefore also the basis of the whole creation, including earth and atmosphere/ universe.

Also you have showed an almost complete cycle of  the consumption of masses of meat, which leads to the increasing illnesses on the one hand and starving of people on the other hand.

In addition, there is the output of hothouse gases like methane and CO2, because of the huge number of cattle or the "livestock industries" in the whole world, whereby the environmental disasters are resulting from it, too, which then take effect particularly in the Third World; be it by forest fires, by droughts or by floods.

Besides, it does not only depend on, whether it concerns an affected country of the "Third World" or a capitalistic country; at the end of the chain always the weakest people pay with every disaster, because when it becomes increasingly worse for the richer countries, the weak countries will get to feel it at once, as they depend on the „generosity or donations“ of the First World.

Regrettably, one cannot determine for sure the causes of these disasters supposedly, or the cause cannot be confirmed academically, because the relevant scientists and climatologists, for example, of the atmosphere or meteorology ,dodge clear statements and firm no positions and facts, whereby the Third World always depends on immediate measures of help and therefore cannot dare to be in the dock anyway.

Nevertheless, thus it is much easier for the "doers" or "great breadwinners" of our time, to let things take its course and ignore quite simply everything, what is in between like tortures, cruelties, injustice, degradations and dangers, finally with generous donations, a statement of debt acknowledgments, powerlessness or a hypocritical regret.

By reading your prospectus what is especially alarmingly for me and almost unbelievable is the statement, that vegetables from the "Third World" are exported to feed their livestock to industrial nations. In 1984 grain should have been exported to Europe, so that a famine arose in Ethiopia, causing the death of a lot of people, whereby it mostly will be the children, who were affected at first!

Besides according to your prospectus in Guatemala, yearly more than 17,000 tons of meat for the export into the USA should be produced, although there are more than 75% of the children under the age of 5 years mal nourished, that could have been fed by soy, by means of that the huge amounts of grain!

If one recognizes such a matter, one should pull out all the stops, write to WHO to people in responsible positions and lodge if necessary a criminal complaint! 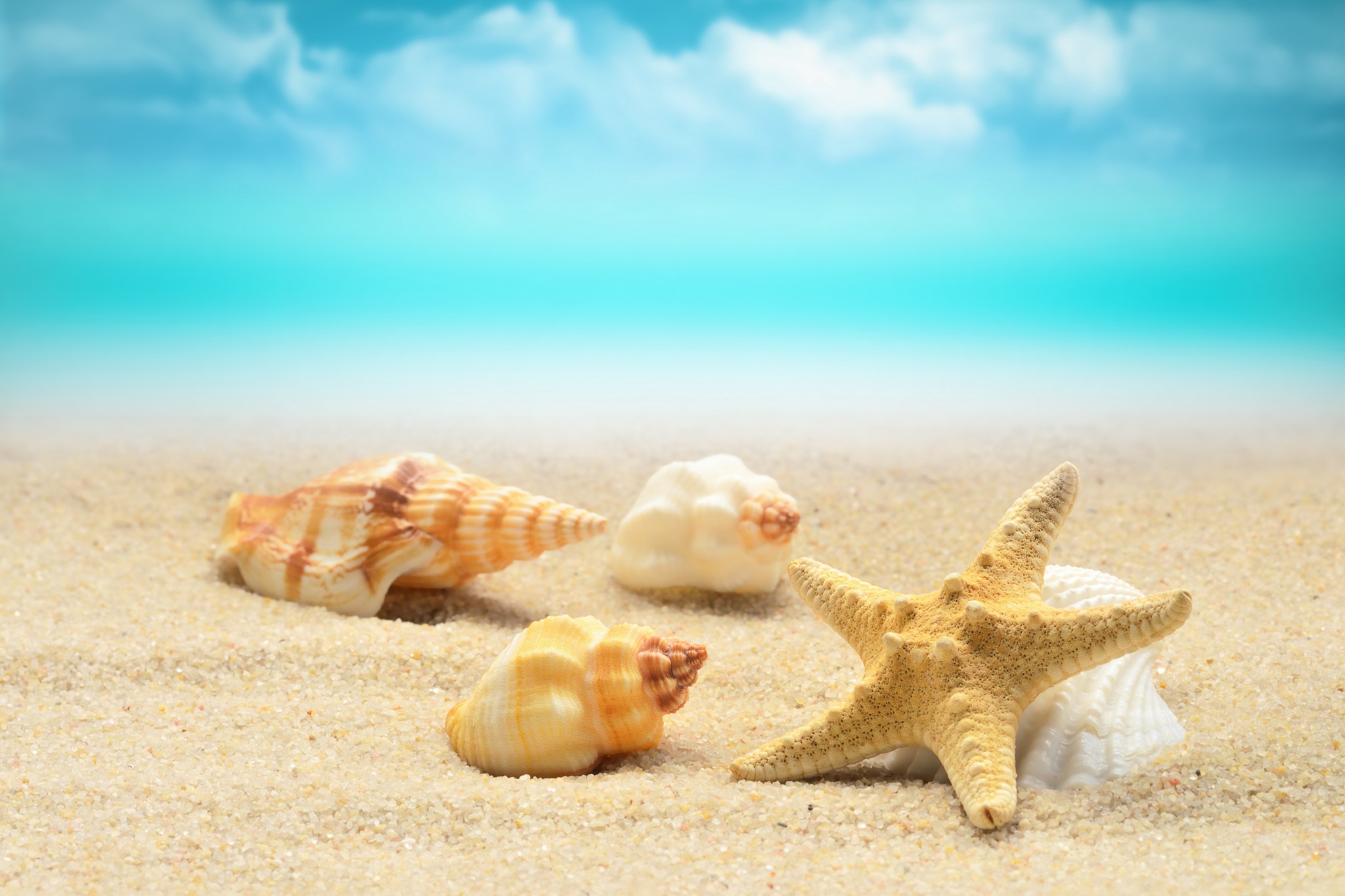 The same is valid for the preservation of the climate and the preservation of health, for which not exclusively the individuals are to be held responsible, particularly because, the consumption of meat might be just the palatal tickle, that result in an addictive behaviour of the consumer as you have stated yourself.

In addition comes, that not only the animal products are treated or polluted with hormonal dirt, with chemicals/ medicine or, for example, mercury, through which most of the "modern times illnesses" in a high degree are caused, like dementia, Alzheimer, strokes, cancer, diabetes, Parkinson, multiple sclerosis, heart illnesses and many more other illnesses.

Also the drinking water might be polluted with a huge number of hormonal dirt and micro-organisms, which cannot be filtered out anymore, as well as many plants and fruits, particularly imported food, which might be polluted, for example, the with escaped nuclear waste of the known reactor accidents worldwide and the hidden nuclear escapes and by the inappropriate disposal of radioactive waste.

In this way also radioactivity will be found in the food chain, that reaches people and animals, what is neither visible nor recognizable.

Then the artificial or biological fertilizers, and the huge number of the pesticides, as well as the genetic-manipulated food, do the rest to the supposedly healthy food.

Besides, one should not forget, that many medical treatments will not miss their effects in the body and react chemically with the renewed possibly chemically polluted food intake both, in the human body and in the animal body and thereby always new animal illnesses, bacteria or viruses can develop, although there will be still some absolutely pure food these days.

Also one must particularly address the rubbish dump where, for example, the micro batteries for the hearing aid device or for the wristwatches will surely reach the ground water. Unfortunately one must also mention the cemetery concerning the ground water, because at the end of one`s life almost every old person is filled up with chemical medicine.

Thus one must recognize all in all, that in our age a common worldwide movement is necessary, so that the survival of humanity can be made sure and coming generations must not have to pay the bill for their forefathers, because, who can guarantee for us people, that foreign species or half-foreign species are not existent, which may have advantage over humanity and discover the tourism on earth?

Can we really exclude a foreign human keeping, the way you want to illustrate in your prospectus the intensive livestock farming of people?

The idea is good, particularly that the meat industry will be destroyed by the consumer, however, is not realizable anymore on a voluntary basis of the individual, because the consumer is already involved in all sorts of addictions or longings and not anymore able to shake off the spirit of the times, which primarily the media have driven into this direction.

Nevertheless, dear Dr. Henrich, you want to put out of action not only the meat industry, but want to take all animal products from the market, that fact you can explain very well.

Surely, daily you have to face enough misery and grief; therefore, you become active to get to the bottom of things, for that I am very grateful to you.

Since I belong to the people, who believe in God, I also give relevant thoughts to the matter, so that I can state with surety that God gave his approval to meat consumption and to milking of livestock, what is checkable in the Old and New Testament of the Bible, whereby not every animal species should be suitable for consumption.

However, it also became clear in the Bible, that it should be only little and not an everyday dish as food and delicacy.

Thus one must understand the eating of meat as a side dish and not an everyday meal, what means, that it depends on the quantity and therefore on the quality and not completely to go without it, although during a worldwide transition period forward to another age, the meat and animal products (with the exception of the countries of the Third World) should be absolutely off the menu, because the cycle of the whole food chain also has to regenerate itself again!

Fish should also be off the menu for extended periods of time, in order that the fish stocks can recover, so that people are able to eat a fish dish once a week on Friday worldwide; that also has God's approval, so that the meat stocks and fish stocks can regulate themselves.

To the human being our Creator gave the responsibility for his fellow men, for the animals, for the seas and therefore for the whole vegetation and probably foresaw, that at the end of time a big worldwide mess would be the result of His creation, which belongs to the cycle(s) of life and surely will proceed to run parallel to the hereafter.

In addition I would still like to mention briefly, that also the domestic animal is abused in its kind, because it is often treated almost equal to the human, particularly the dog and the cat.

Nobody ask oneself anymore what actually happens with the animal, while one`s kind of domestic animals get feed daily, although people in the "Third World" do not know, how they are going to fill the bellies of their children  next day!

Thus one may not mistake love to the animal for animal-loving; unfortunately that is not unusual nowadays also because, a normally animal has not a personality of its own.

By such an untypical treatment, which nobody notes anymore, it can happen, that mentally unbalanced or distressed people torment animals or do not note anymore, that they mistreat an animal or especially a defenceless old person, too.

Of course species-appropriate husbandry on the farms have been known and have been realized now and also the species-appropriate killing method of a single animal is practiced, too, however that are only exceptions at the moment, unfortunately, yet that must not mean, that something quite crucial may that  not be changed.

Because I do appreciate your work and I have to do mine I would like to include this writing to one of my homepages and would publicize your homepage there too, which is translated even into several languages, because we agree on one thing with the realization of the vegan food:

Not only the excessive eating and the abuse of farm animals as well as famines, that cause high numbers of the dead people, but also the progressing climate change must be stopped as soon as possible and must be finished finally.

At the moment the justified outrage of the gassed ones or killed people by chemical weapons in Syria is huge, however, death as a result of starvation or illnesses caused by malnutrition (marasmus) and the polluted food chain, as well as the environment/ atmosphere should be on the same level of the worldwide outrage!